The recent DC Fandome event featured the world premiere of many exciting DC Comics related properties including teasers for The Batman, The Snyder Cut, and The Suicide Squad. However, for me the most exciting announcement was for the return of comic books based around the world and characters from Milestone Media. If you have listened to this podcast before, then you know that I am an extreme fan of the company, so you can imagine sound of glee that I let out when the rumors turned out to be true.

My favorite hero from the original line was Icon. I fell that the book is really an excellent commentary on the times. With the announcement of a new Icon and Rocket ongoing series written by Reginald Hudlin and drawn by Denys Cowan, I am very interested to see what sort of political and social commentary is displayed in the title considering the times that we live in. 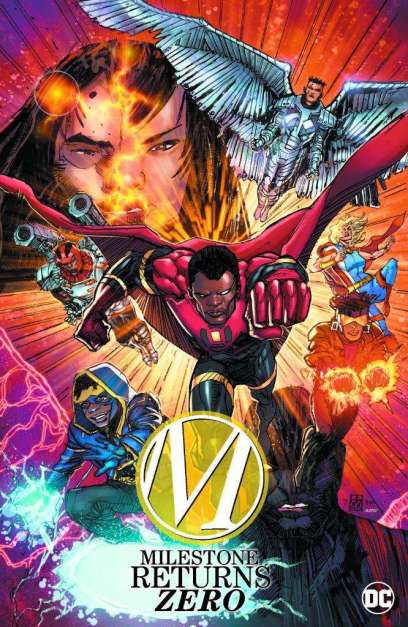 They also announced that Static would return in the form of a digital first Static Shock series and in the form of an original graphic novel by Reginald Hudlin and Kyle Baker. In addition to this, the entire Milestone Media back catalog is also going to be made available digitally for the first time. One of the most exciting announcements from the panel was that a live action Static movie was in the works.

I am beyond excited at the fact that we will start to get new Milestone Media content starting in February. Even with all my excitement, I still have concerns. Milestone was very much a product of its time. Many of its titles contained social and political commentary that you would never have found in traditional superhero titles at the time. The original Icon title is well known for having dealt with teen pregnancy, politics, and police brutality, while Blood Syndicate dealt with homosexuality and gender identity within its storylines. I just hope that the current restructuring at DC Comics and Warner Media proper does not prohibit Milestone from telling the stories the way that the creators want to tell them. Of all the Milestone properties, I am most curious to see how Blood Syndicate will be brought forward into modern times.

Drop us a line info@websterstylemagazine.com