Many years ago I questioned if chivalry was indeed dead. My conclusion was that it wasn’t dead but it was certainly in need of resuscitation as for many the very notion was seen as archaic. As sad as that realization was, it only stressed the importance modern day gentleman to be the embodiment of timeless sense and sensibilities. 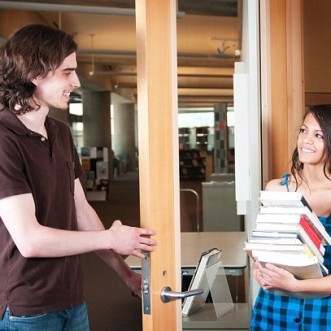 Chivalry is historically defined as the medieval knightly system with its religious, moral, and social code. Modern society has used this word to define how men behave toward women. Specifically the demonstration of courteous behavior toward women from men. For most, what usually comes to mind are acts such as opening a door for a woman to allow them to enter first, pulling out her seat, offering your seat when none others are available, etc.

My eyes have noticed overtime that these random acts demonstrating chivalry have diminished steadily. They have diminished so much that when they do occur, many look at them as some sort of unicorn. A beautiful creature, but one that they had only heard stories about and didn’t think that really existed. Chivalry’s current mythological status marks why its even more important for it to be a part of the anatomy of every gentleman.

Essentially the anatomy of a gentleman is not complete without chivalry and here are a few reasons why:

Standing Out- Living as a gentleman you already standout. From your dress to the way that you carry yourself people take notice of you, especially the opposite sex. The moment that you open a door or pull out a chair she takes notice of you that much more. She will remember the fact that you were chivalrous because so many others were not before you. While this rationale may be a bit self serving, it nonetheless demonstrates how impactful chivalry can be.

Being a gentleman is as much about being the living embodiment of timeless style as it is about embodying timeless sense and sensibilities. Chivalry is and should be a core tenant of any one desires to live as a gentleman. Chivalry may be a crucial part of the anatomy of a gentleman, but it should also be something that everyman should employ.