Science fiction has often been used an allegory for the issues that face any given generation at any given time. The movies are usually just standalone snapshots in a time while TV series (if then have a significant run) are able to evolve and change over time to reflect the changing dynamics of the world and the audience. Science fiction has often been employed in kid’s television to entertain budding minds, but to also teach valuable life lessons on a micro scale. A “kids” show like Doctor Who has lasted for over 50 years and has given spark to the imagination of millions worldwide. Dr. Who is a classic example of a series where its universal themes and lessons transcends the notoriety of the actor(s) that have piloted the TARDIS. In the US (much like Japan) the Power Rangers are an example of a program when the core themes of science fiction are employed to inspire imaginations that are bigger than any one actor or actors that have ever morphed into action.

Power Rangers derives most of its footage from the Super Sentai Series, which itself has been on the air for over 40 years in Japan. At its core, each Power Rangers series revolves around a team of youths recruited and trained by a mentor to morph into Power Rangers which gives them special powers and the ability to pilot giant fighting machines, called Zords. Each Power Rangers series (much like Dr. Who) centers on an overarching conflict with a main villain and their evil plan to either take over the Earth or the universe as a whole. First debuting in August of 1993, Power Rangers has aired consistently for the past 24 years with 19 separate series and 2 movies (with a third on the way). This longevity can make continuity a bit of a problem to manage, as a result the Power Rangers series after In Space are a kin to modern Dr. Who where each new series is written as a standalone entity with few call backs to previous series and their events. This process allows for a new set of rangers to take center stage each time in a similar fashion to Dr. Who’s regenerations into a new incarnations.

The series has lasted so long because at its core it is simple and relatable. The premise of teenagers banding together to fight against some evil menace is quite routine now a days. However looking at it a bit deeper you find life teachings of friendship, competition, love, loyalty, and determination. In addition to those social moral themes, Power Rangers also firmly embraces standard Sci-Fi tropes including aliens, some evil tyrant trying to take over Earth/universe, battling weird-looking monsters, and of course robots. Throw in a healthy dose of martial arts, explosions, and the traditional Japanese Kaiju motifs and you have a winning formula that has outlasted all of its imitators over the years.

Much like Dr. Who with every fan having a favorite Doctor, every Power Rangers fan has a favorite team and/or a favorite ranger. Much like my love affair with Tom Baker, extra-long scarves, and Jellybabies persist today, so do memories of Lord Zedd, the heartbreak of the replacement of Trini, Zack, and Jason, and the evil Green Ranger wreaking havoc on Angel Grove remain at the forefront of my mind. Whether you are a fan of Jason David Frank’s portrayal of Tommy as various colored rangers in multiple series, had your TV first crush on one of the various Pink or Yellow rangers (*cough cough* Karan Ashley), or think that the Green Samurai Ranger from Ninja Storm is the best sixth ranger ever there is a ranger(s) for you. 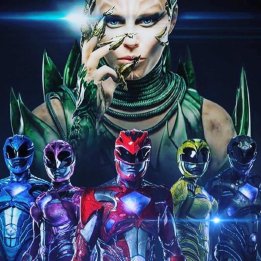 With the release of the forthcoming movie from Lionsgate, Saban’s Power Rangers seeks to reimagine and encapsulate the magic that was Mighty Morphin while capturing the hearts and minds of a new generation and old fans alike. While this is no easy tasks as many remakes and reboots have tried and fail at this task, Saban’s Power Rangers is poised to buck the trend (by all accounts) as it firmly embraces Sci-Fi tropes that makes Power Rangers fun in the first place. Power Rangers is a series that has thrived on reinterpretation and revisions throughout its 20 plus year history, why would a new big budget Hollywood movie be any different?

While not as high on drama as Dr. Who has become in recent years, Power Rangers is a series that really has something for everyone. From the little kid to the kid inside of us all, Power Rangers is a franchise that continues to inspire the imaginations of young and old alike. Power Rangers is an example of a “kids” show that employs core themes of science fiction to reach across generations and grow a fan base that will sustain it for years to come.

*Writer’s Note: This post was originally published on March 22, 2016 at PopCultureUncovered.com. It has been updated to reflect recent additions to the Power Rangers franchise.*

Elden is the founder of WebsterStyleMagazine.com, a digital magazine that caters to the new urban male by spotlighting the best attributes of the new urban male's interests and passions. View all posts by websterstyle