Kickstarter has in a very short time revolutionized the ways in which  creators can get their creations funded and onto the market through the phenomenon know as crowd sourcing. With the general news about Kickstarter often times revolves around the millions of dollars that have been pledged for several tech startups (insert Pebble watch or Ouya console here), Kickstarter is also a method where many designers have been able to get their collections funded and distributed to the masses. While there are many fashion projects that are currently on Kickstarter, one that caught our eye was a line of bow ties by Birties.

While we have never really been fans of bow ties of the pre tied variety, New Mexico based Birties’ designs have really changed our mind as to the style potential of the accessory.  Already featuring a full range of graphically designed ties, their new line uses iconic imagery of the US civil right movement. Featuring moments in American history made by the likes of Malcolm X, Jackie Robinson, Dr. Martin Luther King, Jr, Rosa Parks, and Mohammed Ali. While their line and overall collection is not limited to ties depicting historical figures, these ties in particular are very impressive indeed. Take a look for yourself below. 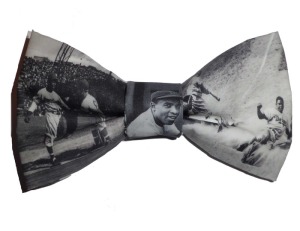 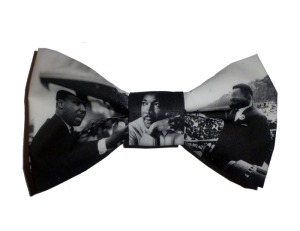 Considering that this is the month in which we celebrate the African-American contribution to American history, we think that these bow ties by Birties as a fitting tribute to those that have paved the way for the society that we enjoy today. In addition, they are also pretty darn stylish. For more information on the Kickstarter by Birties visit their page here. For more about Birties’ entire collection of bow ties, visit them at Birties.com.